One would think that after wearing jeans all weekend, I’d be ready to wear a dress or skirt. Nope. More jeans. I’m a walking billboard for casual these days.

So let’s talk boyfriend jeans, shall we? I was under the impression that boyfriend jeans are for everyone. You guys, as much as this pains me — I might be wrong. Now this doesn’t mean you shouldn’t try them out. I happened to believe that they are a great closet staple. And I always think you should be open to try something out (and on) if you really like it. It might not be right the first go round, but you will find it. So for example these jeans I’m wearing; I sized up a size because I wanted them slouchy, giving them more of a casual look instead of tailored. The fit is actually a more fitted boyfriend and I wanted them to hit on my hips instead of my waist. So here I was telling everyone to do that this weekend. And guess what? That trick worked 1% of the time, every time. I don’t know what happened — I thought that if it worked on me, it worked on everyone? (sarcasm) In fact some people were sizing down because they wanted them to be more fitted. So after watching woman after woman and dressing them from boyfriend to skinnies, I came to one conclusion: no body type is the same and size doesn’t matter. (I’m saying this to me as well.) Focus on the fit, not the size.

And on that note, don’t compare fits to different people. My jeans are going to fit me this way because of what my body looks like under this (a mystery you will never know). And your jeans will fit you that way because of your hot body. So in conclusion, boyfriends might work on your or not. Don’t ask me, I have no idea. 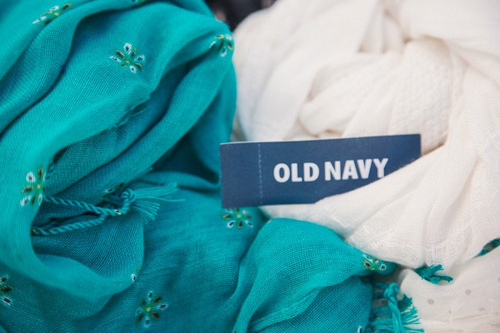