When I first opened the shop, I was really excited about the idea of not being tied to a corporate dress code. I could wear whatever I wanted to wear now because I was the boss. The only thing stopping me from dressing how I wanted was my moral duty to society to cover certain parts of my body and the police who enforce such moral codes. (See also neighbors.)

I always envisioned a shop owner as someone who dressed a bit more eclectic, a bit more crazy because she could. Her job now was to be a well-dressed bad ass. (This description is probably written in one of my junior high journals buried some place where it should be.) When I think of someone’s job, I always think of the uniform that comes with it. Perhaps it’s because I was raised with Barbie dolls — with the change of an outfit and backdrop my Barbie (and myself) could be anything we wanted to be. Heels included, skills not; but that didn’t matter because if we weren’t good at one job we could just change clothes.

It’s funny because I rarely find myself wearing clothes now that I couldn’t before at the office. (With the exception of many jean days in a row and a few short dresses. Not saying I didn’t wear short dresses before, I just hunched over more and wore flats. Optical illusions, people. They work.) But for some reason I find more freedom to be more eclectic because of my job title. I’m still appropriate, but just a little bit more free.

To that I say to 23-year old Kendi who thought she had to dress the part of the administrative assistant she was: you dress however you’d like. Maybe not in scrubs because people would judge you for not being a nurse, but other than that do what you want and don’t worry about the rest. 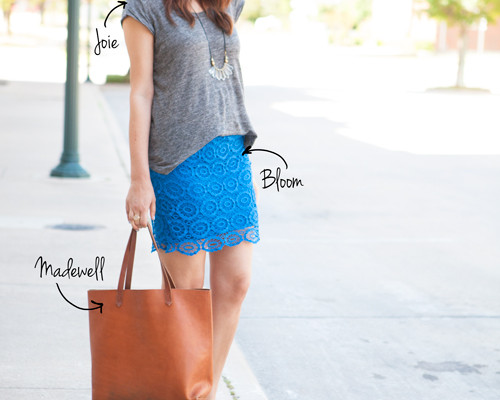